“Whatever the mind can conceive…” Introduction to the #Disney52

With the release of Wreck-It Ralph, Disney has produced its 52nd animated feature film. This doesn’t include direct to DVD sequels, or anything by one of the companies they own (e.g. Pixar). This is their canon of classics, the ones that always cost lots of money in HMV and get re-released every now and then in shiny new formats. It started with Snow White and the Seven Dwarfs in 1937, went via some highs (their first and second golden ages) and some lows (mostly Pocahontas), as well as many films that have now been forgotten by many (who watches The Three Caballeros or The Black Cauldron any more?), and now it is at their most modern, technologically accomplished film yet. Over seventy three years the studio has: had financial booms and struggles; given up, resurrected, then given up again traditional 2D animation; created their own tween-friendly TV channel; had live action successes (Pirates of the Caribbean) and failures (John Carter); bought Pixar, Marvel and Lucasfilm; run several successful theme parks as well as EuroDisney; generally been everywhere, all at once. Mickey Mouse, that fairy tale castle, and the institution that they represent, have become famous all around the world. Yet the one thing that people keep returning to, beyond the High School Musicals and corporate takeovers, is this canon of fifty two films. 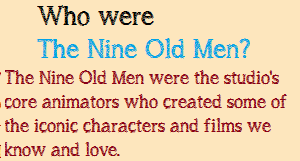 Everyone has their own favourite Disney film, whether informed by nostalgia, admiration for a particular style of animation, or the catchiness of the songs involved. I’m from the generation of 90’s kids who were lucky enough to grow up during the studio’s Second Golden Age, when they produced masterpieces such as Aladdin, Beauty and the Beast and, my personal favourite, The Lion King. As such, these films hold a special value for me as they featured more prominently in my childhood than some of the studio’s older films. But even when approaching their first films now, the quality of craftmanship that went into them is astonishing. The Illusion of Life, a book by two of Disney’s Nine Old Men, shows the skill and artistry behind this studio that was blazing a trail of new animation techniques that still impress to this day. Then, as their First Golden Age died out, Disney went through a quieter period where they made more minor films that are nevertheless still loved to this day. Robin Hood and The Aristocats, for instance,are beloved by fans around the world. Hidden amongst these well known films are a whole load that we rarely watch these days, from films that centre on their figurehead Mickey Mouse, to even more obscure films such as The Adventures of Ichabod and Mr Toad. I thought myself something of a Disney expert, but when seeing the breadth of their classics canon, I realised how much of their work I was yet to see.

With such a rich back catalogue and plenty of films waiting to be watched for the first time, working my way through the Disney Canon seemed like a good idea. So that’s the plan, and I’ll even watch Chicken Little. There are now fifty two classic Disney animations and, as with most years, there are fifty two weeks in the year. It’s a no-brainer to then watch one a week. That’s right, one Disney film a week for all of 2013. But wait, can I actually achieve this monumental task? Two massive problems raise their ugly head. Firstly, I’m a student with finals and a dissertation I need to do well in this year! Perhaps spending my last semester of study watching classic Disney films is not a good idea. Secondly, many Disney films are rather difficult to find nowadays, either locked away in Walt’s Vault, or prohibitively expensive because they only had a limited release on DVD. So there are problems, and this could well be a fools errand. But nevertheless, I shall endeavour to write something for all you loyal readers, once a week, about a Disney film, going in chronological order. 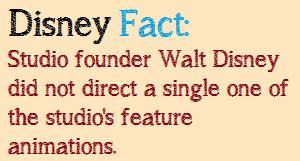 There will be check lists, trivia tidbits, artwork and personal stories along the way. I’ll approach each film with equal parts objectivity and subjectivity, trying to look at why these films are so beloved and adding the reasons why I, as a twenty two year old who should have grown out of them, keep returning to them time and time again. It should be a fun odyssey through decades of classic animated cinema, and will be a whole lot more light hearted than if I was writing a David Fincher retrospective for some reason.

Feel free to tweet and watch along, use the hashtag #Disney52. And if you live in Edinburgh and own any of these DVDs, let me know cause I only own about six. I hope you enjoy this journey as much as I plan to.

UPDATE: Turns out that this list is merely a list of all the animated films that are eligible for the award this year, as opposed to anything that has been judged. Thanks to @VoxPopple and @Elab49 for the heads up on my error here.

The Oscars are a funny time for animated films. The category for Best Animated Feature came about in 2001, seemingly because they were so impressed with Shrek they just had to give it an award of some kind. It has largely been the realm of Pixar ever since, who have won the award six times, two of which they deserved. In theory, the category is there to celebrate animated films, and to give them a bit more coverage in awards season. Yet the problem with this (and a very similar issue exists in the Foreign Language category) is that it suggests, somehow, that they are not good enough to compete in the Best Picture category. Since the award first began, only Up and Toy Story 3 have been nominated for Best Picture (Beauty and The Beast was the only previous nominee), and they only made it in because of an increased number of nominees. Yet how many incredible animated films have missed out simply because of misconceptions about the medium?

In 2009, well acted but dull An Education, trite sports drama The Blind Side and the quite frankly atrocious misery porn Precious all managed to score a nomination. Up was the token nod from the Academy to say, hey, we like animation (read: Pixar), but the stunning and inventive The Secret of Kells, which was better than almost all the other nominees, just got an animation nomination. Now it’s crazy talk for me to think that the Academy will suddenly start nominating small, independent, Irish animations in the Best Picture category alongside prestige pics and their precious sports films, but there’s a point to be made here. Animation is deserving of far more attention than one paltry category which, more often than not, only has three nominations.

Not only that, but their choices are often odd. Whilst they frequently make good choices for nominations – Persepolis, A Cat in Paris and The Illusionist are three quite unpredictable picks – their winners tend to be the most technically accomplished films as opposed to those that tell their stories the best, or at least show some real originality. But then just about every film fan has a gripe with the Oscars, so one animation fan complaining about this category is largely meaningless. And no matter how much I whinge, I will still follow the Oscars year in, year out (although most years stopping short of actually watching them). As such, I’m intrigued to see their longlist which has just been released:

From Up on Poppy Hill 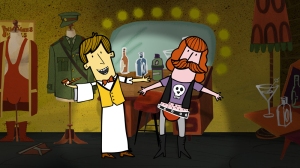 The Mystical Laws
The Painting

The Pirates! Band of Misfits

Rise of the Guardians

Secret of the Wings

Now the two films stand out against the rest, for me, are Brave and From Up On Poppy Hill. They, alongside Wolf Children (I’m unsure about the eligibility of this), are my favourite animations of the year so far. I have high hopes for Rise of the Guardians and Wreck-It-Ralph, and I’ve not heard of many of them, although I look forward to discovering them if they get a UK release. The rather poor Hotel Transylvania doesn’t stand a chance against some of the heavyweights in that selection. One more thing to note – a film making this list does not mean that it is a good film, it just means that a studio has submitted it for contention. The shortlist should (hopefully) sort the wheat from the chaff.

I won’t go into too much detail about each of the nominees now, because the other thing about Oscar season is that it is really, really long. Which means I have to drag this out for all it is worth.